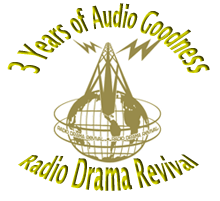 Today we continue our three year anniversary special and self-reflective analysis.  Today we focus on the most memorable interviews I’ve ever done.

This was a really hard one to put together, because I’ve done a ton. In fact, here’s a link to all interviews on Radio Drama Revival.

Here are some of what I consider the very best:

Did I miss something?  Disagree?  Leave your thoughts in the comments.