A Radio Drama Revival Exclusive! With much gracious thanks to Roger Gregg and the Crazy Dog Audio Theater, I’m pleased to share with you some of these shots behind-the-scenes of the production of The Salmon of Blackpool. To get a sense of what is going on in some of these shots, make sure to listen to the interview with Roger Gregg where he talks about the production in more detail. 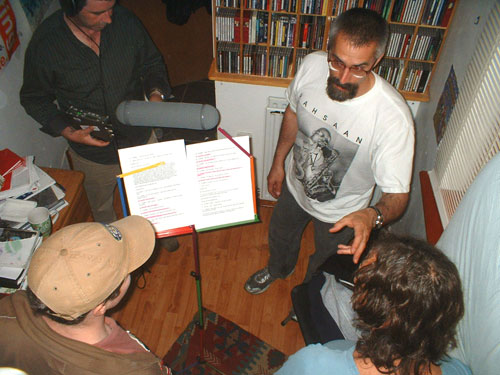 Roger Gregg directs a scene for Salmon of Blackpool. All of the indoor scenes were recorded, well, indoors. Even the smashing crashing and carrying-on at the end of Episode 1! Wine glasses were hurled to Roger’s tile floor in the same room where the scene was recorded, no foley sound stages here — nor OSHA compliance, I imagine. 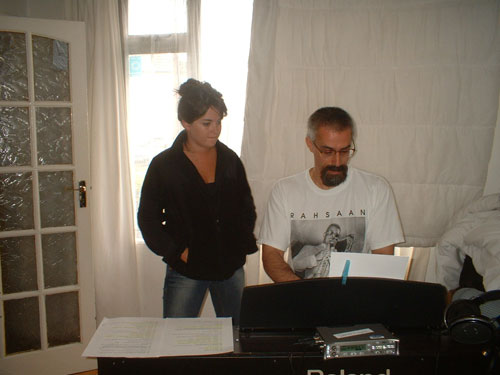 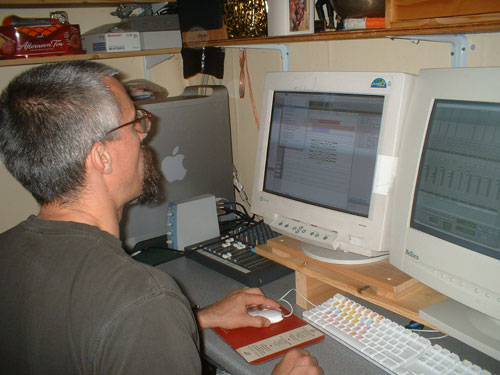 Here Roger is working in the studio to develop a more produced track of Sinead’s song, versus the “in-situ” version recorded above. 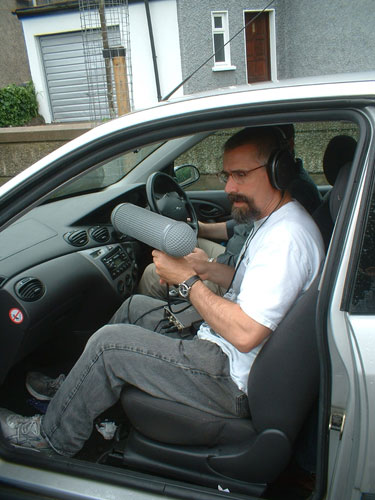 All the scenes in “Salmon of Blackpool” were recorded in the field, even ones in the car! 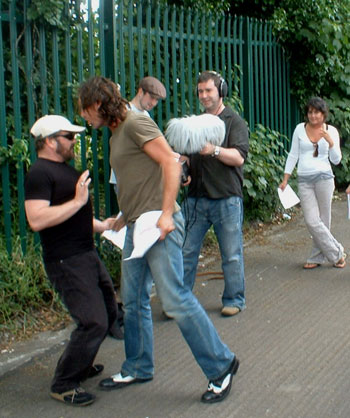 Here’s where it gets fun — actor David Murray was directed to “freak out” in this scene where the prima donna movie star, Johnny Gallagher, first encounters the symptoms of the disease that will lead to his slow decline into a miserable death. 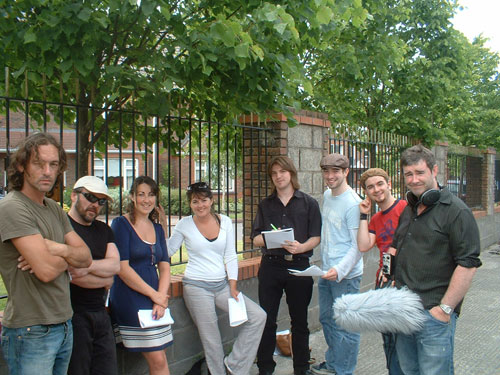 Thanks again, Roger, for these great shots, and for sharing about all the hard work and synergy it takes for an incredible story like this to come to fruition! If you missed it, here are the short links to Salmon of Blackpool: