Blood, knives, intrigue and betrayal are on the way for those tuning in to tomorrow’s broadcast of The Tragedy of Julius Caesar and those lucky enough to be in New York in the next ten days to see director/writer Jay Stern’s new film, The Changeling (playing at the Pioneer Theater). In common with the work he’s done with Quicksilver, Stern’s adaptation of this Elizabethan tragedy makes an old story rich, vital, and deliciously dangerous. 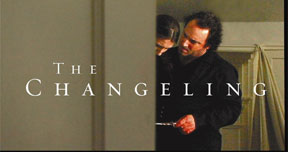 Changeling tells the tale of Beatrice-Johanna, a rather unlucky woman who finds herself betrothed to a man she doesn’t love while lusting for another, while another man who repulses her passionately adores her and will do anything to gain her fancy. And by anything, we mean, anything…

In the familiar tragic turn of events, one sin leads to another, innocent people are caught in the way of sinister intentions and evil deeds must be atoned for. All the while, we are delighted with intimate cinematography, surprising performances, and a story that lulls you along its deadly path. 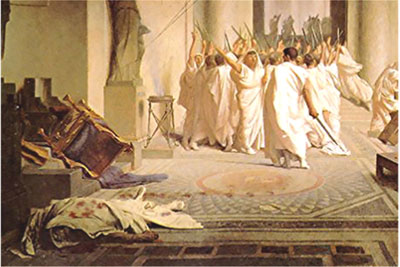 The Tragedy of Julius Caesar is a familiar tale to many, who will adore this vivid audio adaptation of the bard’s play. All of the lust for power, troubling self-examination, and brutal violence is here and amplified with excellent casting, effects, and music. Many of the lively Romans make an appearance in Changeling, including Craig Wichman, James Prendergast, and Clyde Baldo. We’ll enjoy a trip to old glorious Rome, full of its mystery and melancholy, with the first half airing this week and the conclusion next. Let slip the dogs of war!