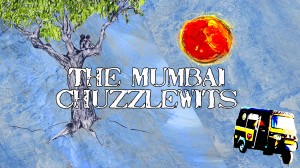 We feature the stunning conclusion “The Mumbai Chuzzlewits” by Goldhawk Productions, produced by John Dryden, a Sony and Peabody Award winning radio producer whose work is regularly commissioned for BBC Radio 4. The show, adapted by Ayeesha Menon, transposes Charles Dickens’ satire on the corrosive power of money to the hot, hectic streets of modern-day Mumbai, India.

Check out Goldhawk’s site, where you can find behind the scenes videos of various scenes in the drama – fights, murders, gatherings – you can get a flavor for John’s recording style and again don’t forget we’ve interviewed him in the past and talked about radio drama, field recording, and contemporary art. Producer Fred Greenhalgh worked on U.S. sound for “Severed Threads.”