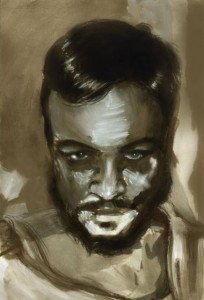 The king of Thebes investigates an act of violence that has angered the gods — but the truth he uncovers threatens to destroy him. The shocking (and inevitable) conclusion of the classic tragedy as the truth is uncovered and must be faced… and [de]faced.

This rare take of Oedipus approaches the Greek tragic epic with an austere theater, where the light focuses on the characters at hand as they reveal truths about the universe that may destroy kings, kingdoms, and draw down the anger of the Gods. This accessible modern translation brings the classic tragedy refreshed to a modern era.

Fred remarks again about the spectacular dramatization of Neil Gaiman’s Neverwhere released this week on BBC Radio 4. The whole series is now available! We feature a clip from Ep1 which is also BBC’s Radio Drama of the Week.