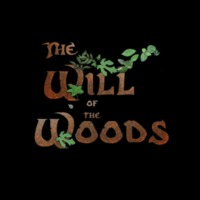 This five-part series is Will of the Woods, the story of elves (not quite the Tolkien variety) who live happily and untroubled in the mushroom houses that grow on an enormous tree in the middle of the Infinite Woods. They are led by the wizard Saffredon, the eldest and wisest living among them. All inhabitants of the tree trust his wisdom and counsel, especially his young pupil Nuzwick.