This week we experience the offbeat audio musical Paradox, written by New York based filmmaker Jack Feldstein. Jack’s already well versed in the offbeat; his process of filmmaking consists of ‘neonizing’ live action or animation footage to create a whole new work, with funky, witty narratives. You have to see it to believe it.

Now enter this crazy audio musical. Why do it? Jack says: 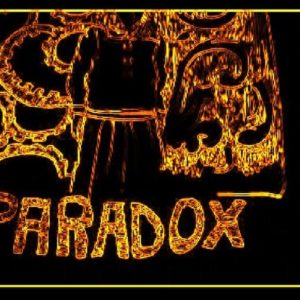 Radio drama more than any other dramatic form relies on sound and words. And as a scriptwriter I believe that perhaps radio drama is the purest form of executing a script.

Inspired by THE LITTLE PRINCE, ALICE IN WONDERLAND and THE WIZARD OF OZ…plus adult themes…I wrote a first draft of the script Paradox…and when I considered what I had written…I thought that Paradox could incorporate songs.

So I placed an ad on Craig’s List New York seeking a composer/songwriter. Drew Kresman responded and I liked what I heard when he sent me some of the compositions he’d previously done…so we got together and the collaboration began.

I had worked with Daniel Broadhurst before…he’d acted in a play I’d written about a clown and a bearded lady who yearn to flee the circus and become “ordinary”…that play had toured New York libraries last summer….and through Daniel I met Cassie Bell and heard her extraordinary singing. I felt she’d be perfect as Simone. And that’s how Daniel Broadhurst and Cassie Bell came to be involved. Originally, I envisioned a bigger cast to play all the characters…but remarkably Daniel was able to transform himself into the different characters…and so we decided he should play all the roles of creatures and people Simone meets along her path in Paradox.

We recorded Paradox in a sound studio in pretty much one take. And then after Daniel Broadhurst learned Pro Tools we re-recorded the songs and added changes and sound effects which improved the audio.

Paradox is a modern fairy tale that has fun and whimsy and absurdity but also adult and philosophical concepts. I hope you like it!

And that is that. This one, you’ve got to listen to believe.