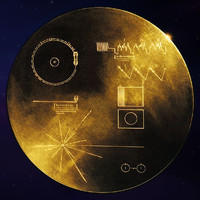 Jonathan Mitchell hardly needs any introduction these days – the veteran public radio sound designer and composer has been charting glorious new territory in audio drama in his award-winning podcast The Truth, shortly entering its 3rd season, with dozens of ‘short films for audio’ in the archives, tens of thousands of regular listeners, and a recent entry as one of the founding podcasts in the Radiotopia network.

This week, we’ll hear two pieces – the first, “Biological Clock,” which just won the 2013 Mark Time Award for best science fiction audio drama, is about a couple who will do anything for a baby. Followed by “Voyager Found,” a ‘what if’ story about the Voyager time capsule when it lands on a far-away world… and the aliens are sort of like us.

Finally! We talk to Jonathan himself about the craft of audio, the musicality of language, and the future of public media.