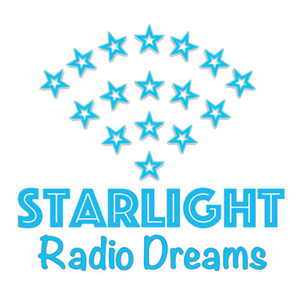 This week, we get SILLY with a little Starlight Radio Dreams – a live variety show recorded in Chicago by veterans of Chicago’s theater scene. Starlight Radio Dreams is hosted by Devin Showtime (Anna Gaetke), a media-savvy Millenial, and her old-timey uncle Burlington Showtime (Ansel Burch), a film star of days gone by. It’s all oh so very goofy; mouth foley and bad puns abound.

This week, you’ll hear a little snippet of SRD, including not just the show’s frame narrative of Burlington and Devin Showtime, but one of their four radio serials as well: The Merry Wench Wendy, a steampunk adventure about pirates, revenge, and collectible card games.