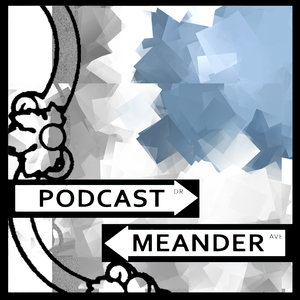 This week, we play an episode of an experimental podcast called PODCAST MEANDER, which kind of skirts the borders between autobiography and fiction. Dan Leone plays/is a character, also named Dan, who has thrown away his old life (or attempted to). After secretly saving for years, Dan quits his job in Connecticut and heads west, unsure of what he wants to do with his life. In the episode you’ll hear today, Dan comes to suddenly on a train, unaware of where it’s going, why he’s aboard, or where he left his car. It’s an intriguing mix of documentary, interview, and fiction, and I think you’ll like it.