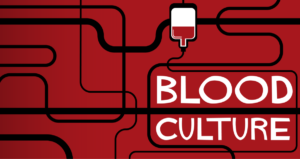 Scholar and dramatist Lance Dann joins me as we play the first episode of his techno-thriller, BLOOD CULTURE.

It’s a trans-media project, consisting of not just a radio drama, but of an AR game that begins with this in-world website(as well as plenty of goofy easter eggs in the credits page).

Blood Culture is the story of A’isha, an employee of an enormous biotech firm called Meta. Meta’s interns are falling ill and dying at an alarming rate, and it’s up to A’isha, and her childhood friend Livy, to investigate.

After the feature, Lance and I discuss tech culture, the research that went into this production, and seeking a diverse set of creative partners.