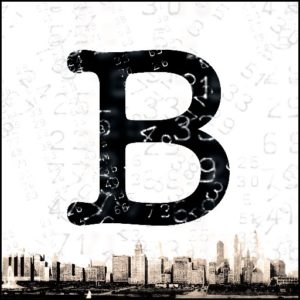 Bronzeville is a story of the Great Migration: it follows Jimmy Tillman (Larenz Tate), a papermill worker from Arkansas who kills a strikebreaker and flees to Chicago to find a new life for himself, tracing the steps of millions of Black Americans who migrated from the rural South to the urban North in the mid-20th century.

Jimmy makes his way to Bronzeville, the legendary Black neighborhood on Chicago’s South Side, where he falls in with the Copeland family, the operators of a policy racket—an underground lottery—that functioned like a bank when white-owned banks wouldn’t lend to Black people. Everett Copeland (Wood Harris) is doing a spell in federal prison for tax evasion, so he asks his old lieutenant Curtis “Eyeball” Randolph (Laurence Fishburne) to get back into the game.

(Yeah for real this is a star-studded episode! I can scarcely believe it myself.)

We play episode 1 of Bronzeville, and then I talk to two of the producers, LaRon and Lahmard Tate, about the show’s origins, productions that are too Black for TV, and the Tate family’s Chicago history.

HEY ALSO we have a PayPal button that I forgot about? Give us dollars, please.