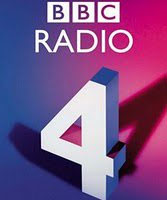 The big (and troubling) news in the radio drama world this week is the announcement by BBC Radio 4 that they’re going to be ending their Friday play.

BBC cites budget woes as the reason for the cut, and radio drama fans in Britain and beyond are concerned not only about the loss of this beloved time slot, but of the implications of the move for the future radio drama (at least as a terrestrial radio broadcast!).

This flies in the face, of course, as what most people perceive of as a revival of audio drama in America.

If you haven’t seen the Wall Street Journal article that highlights yours truly, do so now – In ‘Mind Movies,’ the Word Picture Continues to Appeal to Eager Ears – WSJ.com.

While it’s not terribly fair to weigh what the BBC does vs. what we independent producers are up to (you’re talking about a multi-million dollar publicly-funded operating budget and five-figure an hour production costs vs. that of a shoestring) it does seem that there’s a growing, not a shrinking, audience for radio drama.

Of course the story of arts funding everywhere is that the economy has wrecked everything.

Public arts budgets have been in trouble since arts budgets were created. That’s certainly an American truism and I expect it’s similar in Britain.

There also seems to be a numbers game thing going on with the BBC 4 Radio Play. So says the Guardian’s TV & radio blog:

Radio 4, however argues that the audience itself is limited – that at a peak of 350,000 listeners, the Friday Play attracts the smallest audience of the station’s drama output. And that its budget is also limited: cost-cutting plans means that money has to be saved across its output, and drama is no exception, losing 4% of its current budget. Some Friday-evening drama has been “excellent”, R4’s station controller, Mark Damazer, tells me. “But it’s not cheap.”

Looking at numbers points to the fundamental problem with radio drama from a “reach the masses” programming angle.

Generally speaking, this is ART we’re talking about here, which is always going to have a smaller audience than pop TV or the news. While I’m still angling for the breakthrough audio drama hit (Stephen King, anyone?) the reality is that radio drama is not set up to compete for the masses. The power of the radio drama experience is measured in quality, not quantity.

That’s why radio drama has adapted so beautifully to the web. The number of distribution channels is basically infinite, as is the space to put it.

It costs no extra bandwidth for tens of thousands of hours of audio drama to exist alongside 1970s Norwegian death metal. It does, however, cost a lot of money to have audio drama exist on a terrestrial radio station where there is a finite amount of time in the day and a finite amount of channels to play it on.

This distribution problem is, of course, secondary to the problem of the cost of making it in the first place.

Say your job is to fill X amount of hours in the day, and you have Y dollars to do that. Of course if you can fill those hours for fewer dollars it seems like a good move, particularly if you can increase listeners to Z at the same time. This is how the argument based on numbers works.

Roger Gregg spoke about this rather elegantly (if a tad bitterly) when I spoke with him in Ireland last year, I’d encourage to review that interview again: Talking with Roger Gregg, Radio Wizard. (UPDATE: Roger added some of his own comments to this discussion)

Roger reports a similar story of woe in Ireland where some difficult, and painful, cuts have been made lately in the arts. And don’t even get me started about America.

This is, of course, why BBC is a charter, not a for-profit body. By virtue of being a public entity, they are able to invest time and money in pursuing arts created for public good, rather than popularity and filling airtime for the cheapest $$$.

So does this cut in programming represent a compromise for quantity, over quality?

What BBC Radio 4 Has to Say

BBC Radio 4 has a lot to say about the cut – they’re not exactly happy about it either, and have this to say in their own defense:

Drama on BBC Radio 4 is in rude health. The network continues to be the biggest commissioner of original dramas in the UK with 650 hours of drama and readings this year alone. Recent plays illustrate the breadth and ambition of our output: David Hare’s Murder in Samarkand, starring David Tennant; Lenny Henry’s Othello; and the entire le Carré Smiley series, featuring Simon Russell Beale. We continue to attract the best writers and performers to work on the network.

… There has been some publicity recently about the decommissioning of the Friday Play. Let me fill in the background. We used to commission 32 fresh plays a year for 9pm on Fridays. The other 20 weeks were repeats of earlier Friday plays. But while our aim is always to offer original drama of the highest quality, we work to a budget and sometimes have to make difficult decisions about where to invest. Rather than spread the budget more thinly over all our drama strands I decided to decommission a single strand – the Friday Play. This will enable us to maintain investment in the quality of the hundreds of plays we broadcast elsewhere across the network. The Friday Play was reduced to 12 new plays last year, before being decommissioned this year.”

This from the BBC Radio 4 Blog

So, death of a time slot, and not a medium? Also promising, on Feb 26 it was reported that BBC Cymru Wales is to Double Network Radio Drama Production – so it’s not time to ring the death bell for radio drama on the BBC.

However, the cut of such a popular program (if you are to believe the amazing response from listeners – see the new 400+ member strong Speak up for Radio Drama now! Facebook Group to see what I mean) is an ominous omen for the future of radio drama on what has traditionally been one of its strongest bastions – the BBC.

The Future of Audio Drama

Alright, so folks, what IS the future of audio drama – on BBC 4 and otherwise?

We obviously spend a LOT of effort on this show focusing on modern independent groups – including Britain’s own, extremely unique, and talented Wireless Theatre Company – and these groups are going to persist no matter what happens on major broadcasters.

Of course, what makes this story different is that the BBC puts out a fundamentally different product – real budget and national distribution, from a revered institution.

So let’s hope that the BBC is serious when they say “Radio 4 remains absolutely committed to original drama” – because there’s no better medium for debuting original, challenging works of art, and no better producers out there than the BBC.

UPDATE: BBC has reaffirmed their commitment to radio drama – meaning, no more cuts… for now