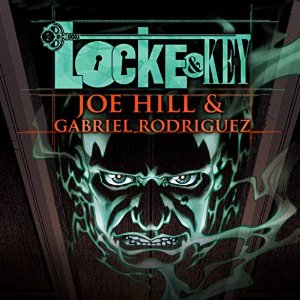 Continuing on a line of exciting new lines of purpose-made audio experiences (The Starling Project, Amok, The Child), Audible today announced (Via MTV) that the graphic novel series Locke & Key, an epic saga consisting of 6 original books, will be released this October as a full fledged audio dramatization.  Most incredible?  You can pre-order it now… for FREE! audible.com/keyhouse

Our own Fred Greenhalgh (FinalRune Productions) was involved in the production (with his friends at AudioComics), and as more press trickles out in the coming months we’ll be able to say more.  For now, some things about this incredible production via MTV’s Alex Zalben:

MTV News can exclusively reveal that not only will the cast feature 50 voice actors, and an original score… It will also be narrated by Haley Joel Osment (“The Sixth Sense”) and Tatiana Maslany (“Orphan Black”), with special appearances by Hill, Rodriguez, Kate Mulgrew (“Orange is the New Black”) and Hill’s own horror star father, Stephen King.

And let us tell you, that is only the beginning!  October can’t come soon enough.