Let?s get to the heart of the matter: the productions themselves. The following three h?rspiele releases are among the best of the contemporary boom. Naturally in a field this big there are many other titles I could have chosen: tune in to future Malleus columns for further coverage. 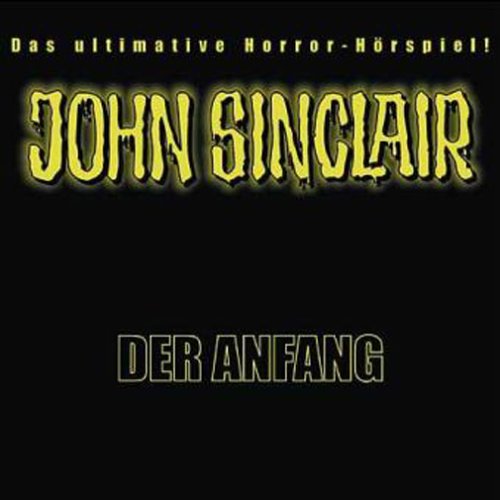 Geisterj?ger John Sinclair: Edition 2000 is the supernatural detective serial that kick-started the audio drama boom in Germany back in 1999, and it’s still going strong. It?s an action-packed blend of adventure and horror themes, and very pulpy in an old-school manner. Der Anfang (The Beginning) is a deluxe production with an even larger cast than normal and a cinematic sweep. As you might guess, it concerns the title hero’s first brush with the forces of darkness. Der Anfang sold so well that it became the first audio drama to crack Germany?s music charts. There are currently 42 Geisterj?ger John Sinclair CDs in release, with more in production.

Another supernatural serial, this is one of the most sophisticated h?rspiel productions on the market. Gabriel Burns is a bit like Chris Carter?s X-files in terms of generating creepy atmosphere and keeping tantalizing, unanswered questions forever just beyond the listener?s reach. Where John Sinclair is over-the-top action, Burns is restrained, subtle, and genuinely frightening. It also has some of the best, most atmospheric soundscape design I’ve heard anywhere. (Another haunting German serial, Edgar Allen Poe, comes very close.) Where John Sinclair audio dramas are adaptations from a book series, this original audio drama series inspired a book series. Gabriel Burns recently concluded its opening 22 CD story arc and is currently on its 28th release. This one is a true masterpiece in the making.

Gabriel Burns #1: Der Fl?sterer was released on CD and in a special DVD edition with Dolby Digital 5.1. Sound. 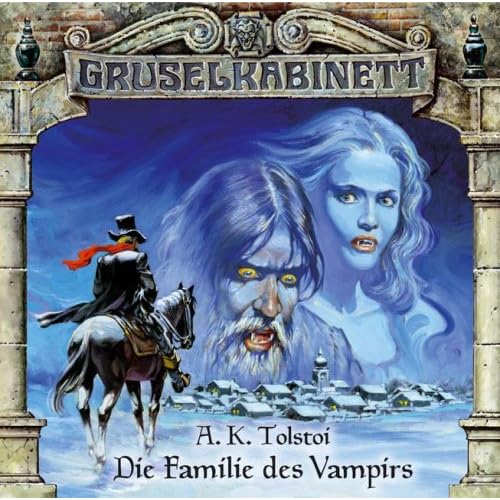 (?The Family of Vampires?, adapted from a short story by A. K. Tolstoi)

Gruselkabinett isn’t a serial, but an expanding anthology of dramatized horror classics. I’m particularly fond of this series because of its high caliber acting, excellent production values, and willingness to tackle more obscure tales alongside the standards (while they do cover Frankenstein, Dr. Jekyll and Mr. Hyde, and The Phantom of the Opera, they publish even more stories off the beaten track – something I wish more English-language producers would do. Instead of recording the umpteenth English audio dramatization of Dracula, how about adapting it’s little-known prequel, Dracula’s Guest? Gruselkabinett did both.)

Die Familie des Vampirs is probably Gruselkabinett?s most critically acclaimed release, and for good reason: it’s one of the best vampire tales I’ve encountered anywhere, in any medium. Essentially it concerns an isolated peasant family in the dead of winter, a visiting stranger, and a breed of vampire that prefers to stalk those who loved it in life. The story begins when a father’s attempt to kill a local vampire goes amiss, and he returns to his wife and children – changed. It?s a harrowing fable about the dark power of denial and the insatiability of love.

That wraps it up for my top three German audio drama recommendations to beginners. Now here are some ruminations on the

FIVE LESSONS FROM THE HOERSPIEL-BOOM FOR AMERICAN PRODUCERS:

Germany?s audience for audio drama was built in the 1970?s and 80?s through mass-market cassette releases aimed predominantly at children. The explosion of talent today and the willingness of Germans to support it with their Euros is largely a product of childhood exposure to the medium. In the USA companies like ZBS managed to do this to a lesser degree, but German companies had a big advantage: their audio dramas could be purchased from mainstream stores. These days in the USA there are plenty of music stores and bookstores with children?s sections, but the audio drama presence on their shelves is practically nonexistent. In some ways the audio drama scene in the United States is much like the comic book scene: it?s aging.

It?s well recognized that the future of comic books as a viable American popular art is very much in doubt because children don’t read them any more: kids who might once have read comic books are playing video games, browsing the internet and watching home videos instead. Rather than rise to this challenge, major publishing houses like Marvel and DC have largely given up on attracting children and focused on milking their already existing, older fanbase more effectively. Many long-time comic book professionals cite this trend as a sign that their industry has no future.

Is the contemporary U.S. audio drama scene much different? If children aren?t introduced to compelling audio drama, either commercially or over the airwaves, where will tomorrow?s paying audience (or for that matter, tomorrow?s creators) come from? In Germany children?s h?rspiele are still being produced in substantial numbers along with the more adult-oriented material aimed at nostalgic 30-somethings. There is actually a young company in the U.S.A., founded by Jens Hewerer, that is producing English-language audio dramas in the h?rspiel tradition for English-speaking kids. Everyone with a stake in the future of this artform should wish him luck. You can read more about Mr. Hewerer’s company and personal quest here: http://www.giddio.com/AboutUs.html.

Some audio dramatists seem to take their CD pricing cues from the music industry. This puts them at a serious disadvantage, since music industry CDs are well promoted on radio and television, and audio dramas are not. By and large the music CD purchaser has heard the content already and knows exactly what they?re getting when they plop down $18, but the audio drama purchaser is usually making a gamble. Many people, particularly new listeners, won?t gamble at those prices. German audio dramas were inexpensive in the 1970?s and 80?s, and they?re still inexpensive today. Prices are usually low enough that customers can act on impulse without much reflection.

The great price leveler will probably be internet distribution, as more and more people get used to downloading MP3s than buying a physical product. You can already see the substantial price drops internet downloads have facilitated for companies like Big Finish and Graphic Audio. Internet distribution also allows listeners to sample before they buy. By allowing potential customers to discover contemporary talent for free, I think Radio Drama Revival provides the field with an exemplary service here. (That’s not self-aggrandizement – Fred runs this site and the show, I just write here.) I?d guess whatever losses producers might accrue by posting their work for free on RDR is offset by future purchases from customers who would otherwise never have heard of them. It?s still worth keeping in mind, though, that a $5 audio drama download is much more likely to move than a $15 dollar one. Especially if your line emphasizes:

The cassette adventures that laid the foundation for today?s German boom were predominantly serials, and serials still dominate both adult and children?s h?rspiele today. In the old days these serials were sold one episode per cassette, nowadays they sell one episode per CD. Even most multi-part stories are generally sold one CD at a time. German fans tend not to complain as long as they don?t have to wait too long for the conclusion of a multi-part adventure, largely because the prices of individual CDs are kept low. British company Big Finish also releases single CD episodes of multi-part serials, but they price the individual CDs so high that collecting the entire story becomes prohibitive fast.

The bottom line is, getting customers hooked on a serial story is a good way to net future sales. By advancing the story one CD at a time, you minimize your initial production costs. Customers won?t mind if you don?t gouge them and if each CD tells a satisfying story in itself in addition to being a link in a longer narrative chain. Serial publishing doesn?t require a fast rate of output. Adult German serials generally put out 6 releases a year at most, with the majority managing 3 to 4. Some epics even crawl along at a pace of one CD per year! (The 12 CD limited series Abseits der Wege (Off the Beaten Path) is one of those: after 2 years they?ve released two of the 12 episodes. I have to say, though, that each episode has been well worth the wait.)

Some German companies are beginning to collect their single-CD releases in cheaper boxed sets after the single CD versions have been out for a couple of years. This repackaging at a lower cost helps move product after interest has cooled. In many ways it?s highly reminiscent of the strategy used by today?s American comic book publishers, who release stories first as serialized magazines and later collect them into cheaper trade paperbacks.

The contemporary German scene isn?t limited to licensed products: far from it. But there are a lot more professional productions using licensed properties in Germany than in the United States right now, and these properties get attention and bring new listeners into audio drama as a medium. These range from obvious big-name properties (Star Wars) to the slightly offbeat (Forgotten Realms, Hellboy). There?s a lot of potential for good licensed product, particularly when the chances for further film or television continuations are slim to none, because there?s a built-in fanbase eager for more. American publisher Dark Horse comics has released a further ?season? of Buffy the Vampire Slayer, with original creator Joss Whedon overseeing the project and writing lead stories, much as he did for the T.V. show. It?s Dark Horse?s top seller.

This may be beyond most American producers’ budgets, but limited advertising on television and radio has benefited German series like John Sinclair and Gabriel Burns. For U.S. producers, internet advertising may be more viable.

Next week I?ll switch to English material to begin a two-part review of ZBS productions? Jack Flanders: Midnight at the Casa Luna. Tune in for this and free Balinese Gamelan music recorded on location in Ubud, Bali by yours truly.