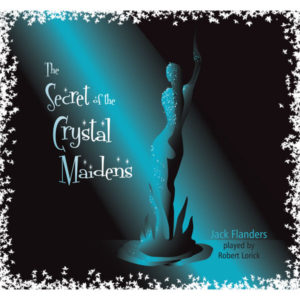 By special permission from Tom Lopez (AKA Meatball Fulton) we have another edition of RDR in the Vault!

While exploring a cave in Belize, Jack Flanders hears a voice calling his name. Deep within, he discovers a woman who appears to have risen up out of the cave floor. Her entire body is covered in tiny calcite crystals. Jack wonders, “Is she a Mayan goddess of the Underworld?” But then he wakes up.

Jack keeps having these dreams, being lost in a cave until finally in the jungles of Belize, he finds the cave he’s been dreaming about. And within, he discovers something even more extraordinary, the skulls of two crystal maidens. The words they whisper to him not only affect his future, but also the lives of those who hear his story.