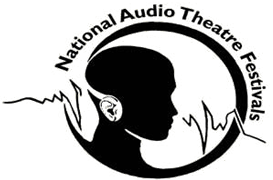 This week on the show we give a nod to West Plains, Missouri, which this week is home to the National Audio Theater Festivals‘ annual audio pilgrimage. A week jam-packed with workshops, lectures, and hands-on audio craft culminates in a live show on Friday night, broadcast locally and streamed globally.

We’re airing a 2011 show, TransMars Tango, crafted by Elaie Lee, creator of the saucy tale of bad belles in space, Starstruck (produced in audio by our friends at the AudioComics Company). This zany ballad pits a gender-bending private eye at a hoighty-toighty club in search of a powerful sphere, which has already resulted in the loss of life, limb, and fidelity. The cast features some real brass, including Firesign Theatre’s Phil Proctor, his wife Melinda Peterson, Richard Fish, and others. Equally saucy are the live music and sound effects which make you kind of wish you’d been there last year just to see the bedlam on stage.

Preceding this sci-fi romp is the latest installment of The Cleansed, wherein our heroine decides to take one more look inside of Tully’s barn…