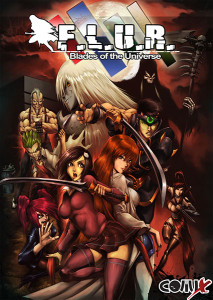 The normal life of High School senior Lida Garuzo, had always been considered peaceful; filled with plenty of friends, good times, and an annoying five-year-old little brother. However, when a strange phenomenon occurs, she immediately finds herself thrown into the middle of a secret war between worlds.

Dive into a world where the impossible becomes your greatest weapon and your worst threat; a world filled with fierce warriors, monsters, and giant pink bunnies.

Also featuring announcements of the 2015 Audie Winners, 2015 Mark Time Awards, and The Truth Podcast’s accomplishment having their work “The Last Job” (commissioned by Planet Money) appear on All Things Considered.  Oh!  And the HEARNow Festival is in just two weeks!