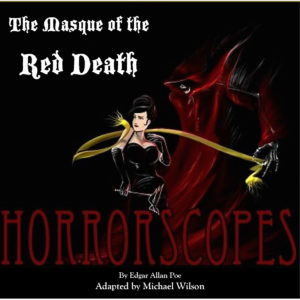 This week we feature a fresh take on Edgar Allen Poe’s classic “The Masque of the Red Death” – featuring an all-star cast of New England actors, and immersive location sound recording, and an inventive script, this production re-imagines Poe’s tale of a group of ill-fated improvisatori who take on an audience with the ‘dark prince’ who holds extravagant balls to distract the gentry from the ravages of the plague.

Produced by William Dufris and AudioComics as part of their “HorrorScopes” series. With field-recording by FinalRune Productions!